Steph should be your favourite rapper. The 23-year-old, Nairobi born rapper passes the Sound Safari essential checklist: She comes from a musical family; sang in a Jazz band; her honour thesis was in arts; she works alongside her producers and engineers. She’s got an Xtatic co-sign, a Corine Onyango co-sign. Plus, she is fun and her CHANGE EP, which arrived in 2020 is as eclectic as they come.

Her pen is mighty and her voice carries sultry undertones with chops of becoming a household name. Whether on a cypher, a feature or a full-length track, Steph goes bar for bar against any MC. In a time when Kenyan Hip Hop scene is experiencing a resurgence of heavy hitters, Steph, who has recently gone independent is a welcome addition. In February 2020, Creative Hip Hop dubbed her the “multifaceted newcomer.” Her Kenyanness, UK connection, and time spent in Mauritius reflect on Change – a seamless blend of AfroSwing, Dancehall, Drill, and Grime.

The way Steph plays around different styles in her first full-length project is both colourful and catching. There’s a certain vibrancy in EA Girls that makes the track an instant earworm. Boyfie Riddim captures her free spirit and liberal view of relationships. For someone who was a “closet rapper”, Steph has found her voice, evident in seven well-delivered songs. None O Dem packs all the punchlines and flows, putting her alongside contemporary phenoms like Vallerie Muthoni and SilversTone Barz. To her, this is just one form of expression. “I did my undergrad and an extra year in social science with a specialization in criminology and sociology,” Steph explains over Zoom. “My honours thesis was in the arts – for me music is just one medium.”

Sound Safari’s interview with Steph, lightly edited for content and clarity, follows as below.

How are you doing amidst the coronavirus pandemic?

Steph: I have the flu so I am self-isolating indoors with my dog. I have a bit of heavy breathing but that’s just normal flu stuff – It’s the worst time to have the flu.

Steph: Cool! That means you are in the right industry then. I did my undergrad in Social Science and an extra year specialization in Criminology and Sociology. My honours thesis was in the arts. For me, music is just one medium of expression.

You have stated previously that you were a “closet rapper”.

People knew that I sang in a Jazz band but only my immediate friends knew that I could rap.

Now that you have “come out“, do you pursue music full time?

Steph: I don’t as I try and do many things simultaneously. I work in tech and make music. However, music has been a part of me and my family growing up. I get a lot of my musical influences from my dad and my two elder sisters – they listen to a lot of genres.

I’d say the industry needs to change how it approaches airplay… We need more representation on the radio.

When did you decide to share your rap songs?

Steph: It was around 2018 when I went into a studio and recorded Get uu Home by Foxy Brown. I knew then for sure that this is something I could do and I shared it beyond my circle of friends.

A lot of people assume you are from the U.K, where were you born?

Steph: I was born in Nairobi though I have more British friends than Kenyans. I went to Uni in Mauritius. I channel what I’m exposed to in my music: I am Afro-pop, AfroSwing, Dancehall, Drill, and Grime. My music reflects my influences.

Who did the artwork for your debut EP Change?

Steph: It was done by my Ghanaian friend, an artist called Shika.

When did you start working on it?

Steph: I’ve been writing for the EP – on and off – since 2017. The EP was supposed to come out at the end of 2017 but I had to push the release. Only one song, out of the many we recorded made the final cut – Nairobi intro.

The song selection feels intentional, what was the thought process behind the tracklisting?

Steph: The EP is about changes that I was going through.  I made a mental note that when I released the EP, no matter the date or the year – the songs would represent the spot I was in that particular point of my life. If you listen closely, the context has the recurring themes of my life and it also reflects me sound-wise.

Did you follow the same procedure when selecting the beats and guest artists?

Steph: The music selection process was dependent on the producers I was working with. I think to come up with something concrete, there needs a relationship for you and the producer – that element of understanding. 60% of my time is spent on the production bit, making sure everything sounds right. After that is when I start considering features. For this project, I was open-minded: I worked with friends, friends of friends, people I didn’t know and artists that I discovered on my own.

There’s a lot of distractions which take away from the music.

Are you gonna shoot videos for some songs on Change?

Steph: Yes! As soon as there’s no curfew I’ll be back to shooting. That’s the next bit that needs to happen. The visual aspect of the song is important because it takes the track to a special place. Expect videos for sure!

You are relatively new in the Kenyan music industry. From an outsider’s perspective, what can the industry do to improve its support for artists?

Steph: I’d say the industry needs to change how it approaches airplay. There is a lack of diversity – same sound, same people etc. We need more representation on the radio. Also, the way the Kenyan public interacts with media personalities and artists needs to change. From what I’ve observed there is usually a scandal which is then tied to your music. There’s a lot of distractions which take away from the music.

How hard is it to be a full-time artist in Kenya?

Steph: Economically, I do not think it is a sound thing for an artist to do music fulltime because the reality of the situation is that the pay is not good. You get money from gigs you’re booked for and endorsements, avenues like royalties are dry.

There’s been a rise in mentorship within the Kenyan music circles. What do you think about this, for instance, in the case of Sauti sol x Sol Generation?

Steph: I think it’s great. However, I think the artists brought forth on that platform should diversify – they sound the same.  It might not be intentional but you can tell the Sauti Sol influence on the artists.

What’s your take on the Nu Nairobi movement – who have been considered the alternative sound of Kenya?

Steph: It’s good that they are trying to create philosophies around the Kenyan Music Industry. In as much as their beginning had alternative roots, I do not think Nu Nairobi is alternative anymore. Groups like East Side Niggas is who I consider alternative – they are pushing the envelope of rap. For me, alternative is about a different sound. Someone who is alternative in Nairobi is Chris Kaiga.

Do you think there is a deliberate effort in providing gigs for artists?

Steph: A lot of these event organizers do not have respect for artists. Their call for artists to apply for gigs is done in a way that shows they are open to new acts but when it comes to picking the artist for the actual show they go with the level of fame. They don’t care whether their music is good or not! Artists themselves are lobbying for shows but it shouldn’t work like that. They [promoters] need to keep the same energy they have for international acts when it comes to local artists. Artists also need to put their foot down and demand their worth.

What is next for Steph?

More collabs definitely. Also going back to shoot videos once this curfew is over because that is what I am most excited for. 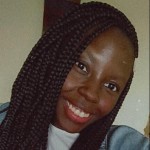 Yvonne Masinde is a print journalist with a bias for music and arts hailing in Nairobi, Kenya. She dabbles in social media brand management at request.

Aduma is transcendent, reflecting in the finished product